World of Warcraft: Battle for Azeroth Digital Deluxe US 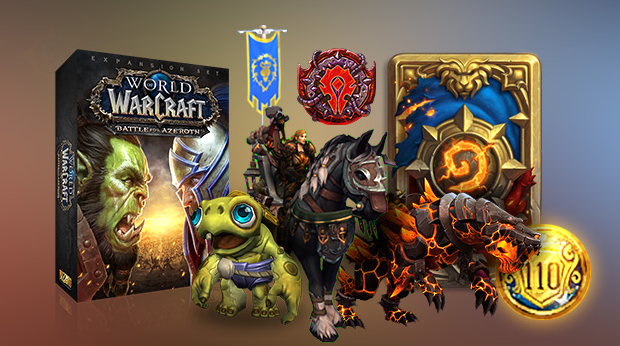 swen99 information about the seller and his items
offlineAsk a question

After payment you will receive a key to World of Warcraft: Battle for Azeroth Digital Deluxe US

as well as you will get the standard version of wow: Battle for Azeroth

Azeroth paid a terrible price to put an end to the apocalyptic march of the Legion Crusade, but even though the wounds of the world are healed, it is the shattered trust between the Alliance and the Horde that may be the most difficult to fix. In the Battle of Azeroth, the fall of the Burning Legion provokes a series of catastrophic incidents that fuel the conflict at the heart of the Warcraft saga. When the new century of war begins, the heroes of Azeroth must travel to recruit new allies, race for the most powerful resources in the world and fight on several fronts to determine if the Horde or the Alliance will lead Azeroth to its indefinite future.

Related to item "World of Warcraft: Battle for Azeroth Digital Deluxe US":