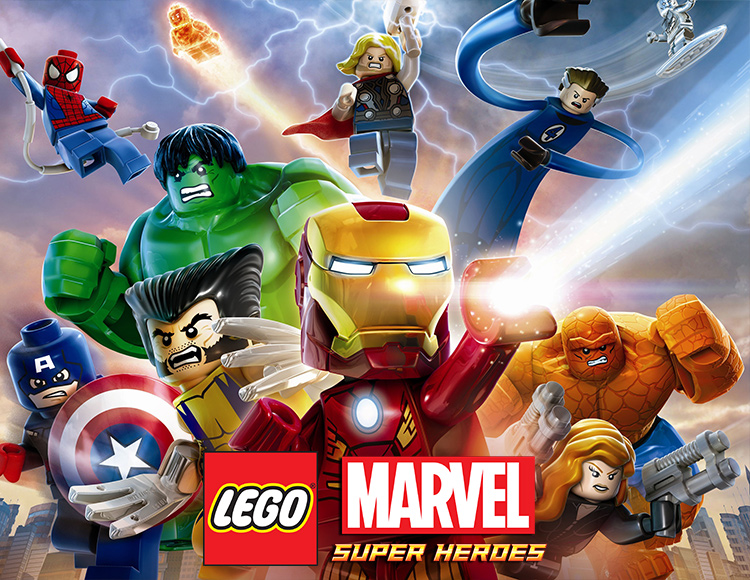 After payment you will receive a link where you can get a license key with the LEGO Marvel Super Heroes game from the official supplier, Buka company, for activation in the STEAM system.

Description:
The LEGO Marvel Super Heroes game is a Lego arcade game that was released thanks to the developer Traveler´s Tales and the publisher Warner Bros in 2013 and opened to the world fans from the heroes designer of the movie universe MARVEL.
Nick Fury, the beloved one-eyed mutant collector, seeks out people and creatures with unprecedented abilities around the world to create the Avengers super team. In parallel, the villain from the Fantastic Four films, Doctor Doom, together with the cunning god from Asgard Loki, decided to once again tear the Earth apart and seize power over the world.

You have to call the rescuers cheerful and loyal to the cause: Tony Stark, Captain America, Thor, Hulk, Black Widow will rush to help you ... recognize everyone as a close friend: they will teach you new abilities, and together you will overcome evil forces!

Key Features of the game LEGO Marvel Super Heroes:
Characters. Unlock 115 square-headed heroes: each has features, super powers, and an unrivaled look. Go through missions from Fury to get to know the Avengers.
Geography. You will visit modern New York, created from LEGO parts blocks. The plot will take you to memorable places from the film: you will see the enemy base "Hydra", the house of the X-Men, Manhattan, Asgard ...
Humor. Dialogues in the game are funny, so that any super-dangerous battle seemed easy and enjoyable. These are comics!
Cooperative. Take a friend with you: playing with one device, you can simultaneously discuss all decisions in order to achieve perfect coordinated movements. Avengers must work together!
Puzzles You will have to not only fight, but also stretch your brains: the creators have prepared for you a lot of complex and not very tasks that will be able to only the most worthy heroes.

1. You need to download and install Steam http://store.steampowered.com/ (if not already installed)
2. Register a new account on Steam or go to an existing one.
3. Go to the "My Games" section and select "Activate via Steam", enter the key.
4. The game after activation appears in the list of games and you can download it from Steam.
5. Enjoy the game.