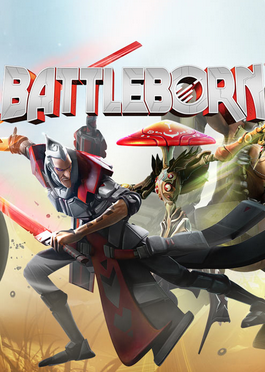 Uploaded: 12.07.2017
Content: text 44 symbols
Loyalty discount! If the total amount of your purchases from the seller swen99 more than:
If you want to know your discount rate, please provide your email:

swen99 information about the seller and his items
offlineAsk a question

For crazy players of all stripes - a new generation shooter from the creators of Borderlands!

A band of crazy heroes seeks to protect the last star in the universe from the mysterious evil forces in a new crazy shooter from the creators of the Borderlands. To save the only surviving world, you have to lead into battle all sorts of characters and use a variety of weapons. You can be anything from a hawk man and a samurai vampire to a giant with a huge machine gun. Rub and colite, run and shoot, tear and swing, destroying enemies to the right and left. Gather your own team! Find your hero and go to the battlefield alone or with your friends. Battles shoulder to shoulder, performing exciting story tasks, or in an honest duel find out who is cooler, in one of the kryshesnosnyh network modes!

• The story of Battleborn is based on a story that can be learned both alone and in the company of friends (and no matter, over the network or behind one screen). The Battleborn storyline is very flexible: you choose which mission to go first to get the most out of the game. In addition, such a modular system allows you to re-execute previously completed missions in order to obtain more valuable prey.
• At your choice - 25 completely different characters, and each of them has special skills and owns his own unique weapon. And responsible for accelerated skill improvement Battleborn spiral system allows you to raise the level of heroes from 1 to 10 during one story mission or multiplayer match - with it you can lose no time trying out each character!
• Up to 10 players can simultaneously take part in online battles, represented by three different modes. "Invasion" - the teams of heroes defend their base from the raid of assistants controlled by artificial intelligence. Players and their own assistants, in turn, are trying to destroy the enemy base. "Capture" - the teams of heroes enter into a swift battle, for victory in which each side must capture and hold targets on the map. "Remelting" - teams of heroes lead their assistants to death to the center of the map. Each assistant, thrown into the furnace for recycling, brings points. The team that scored the most points wins.

Tabard of the Arcane (Tabard of Arcane)