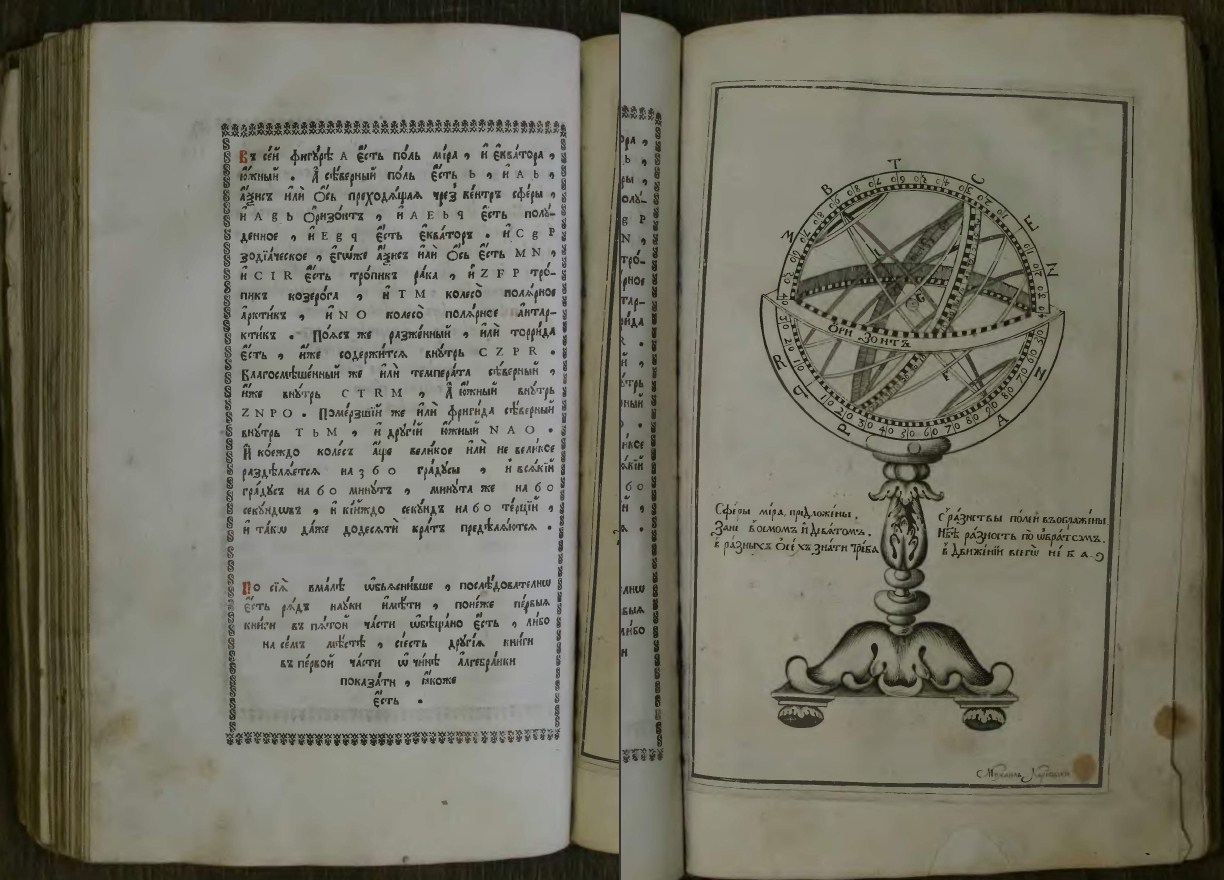 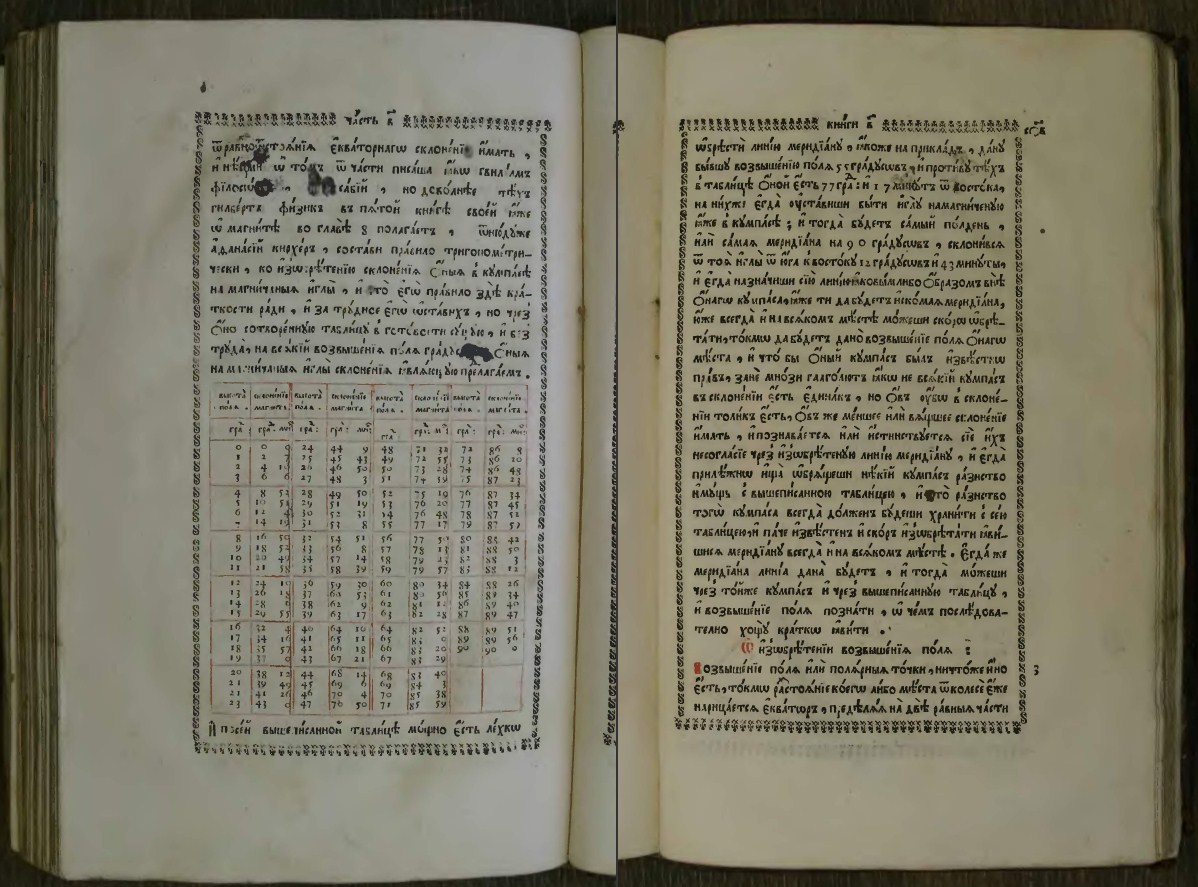 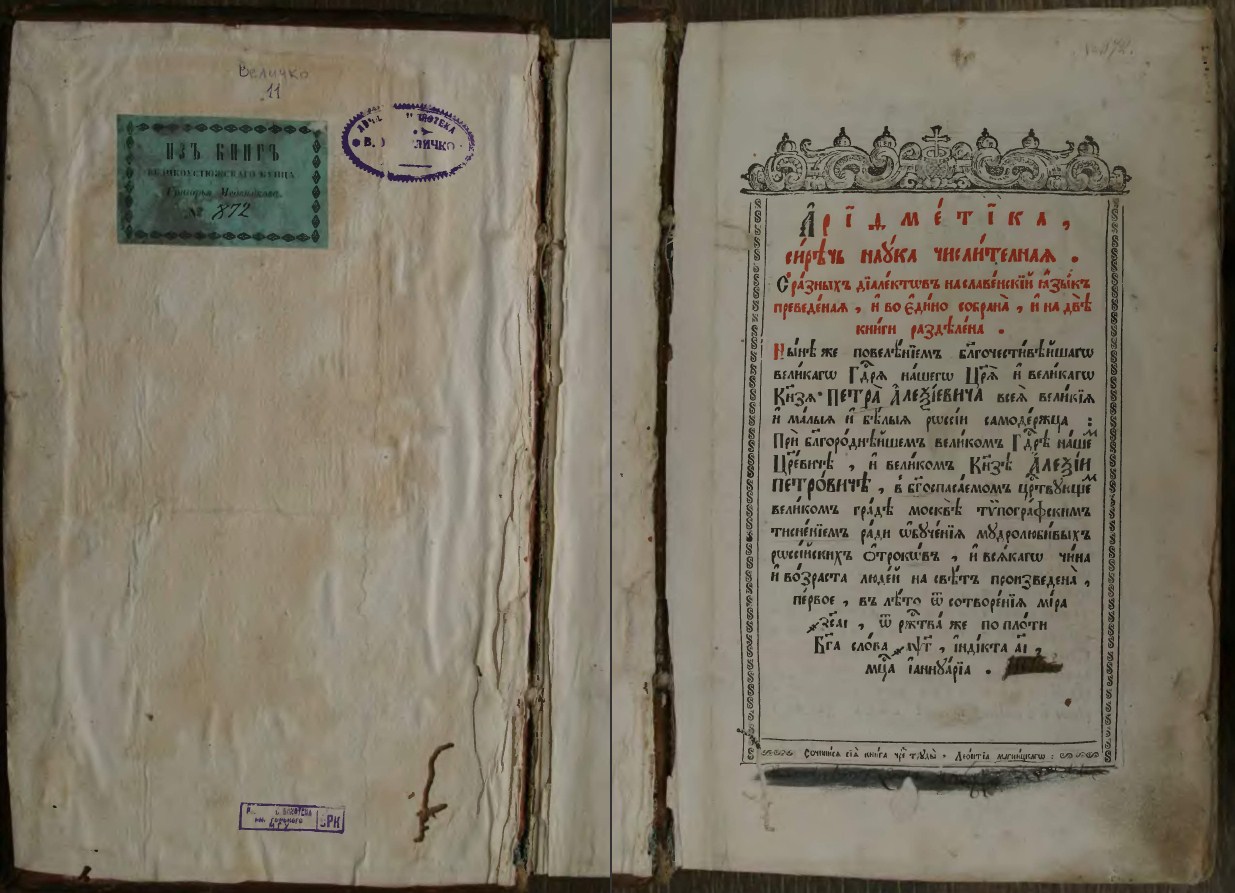 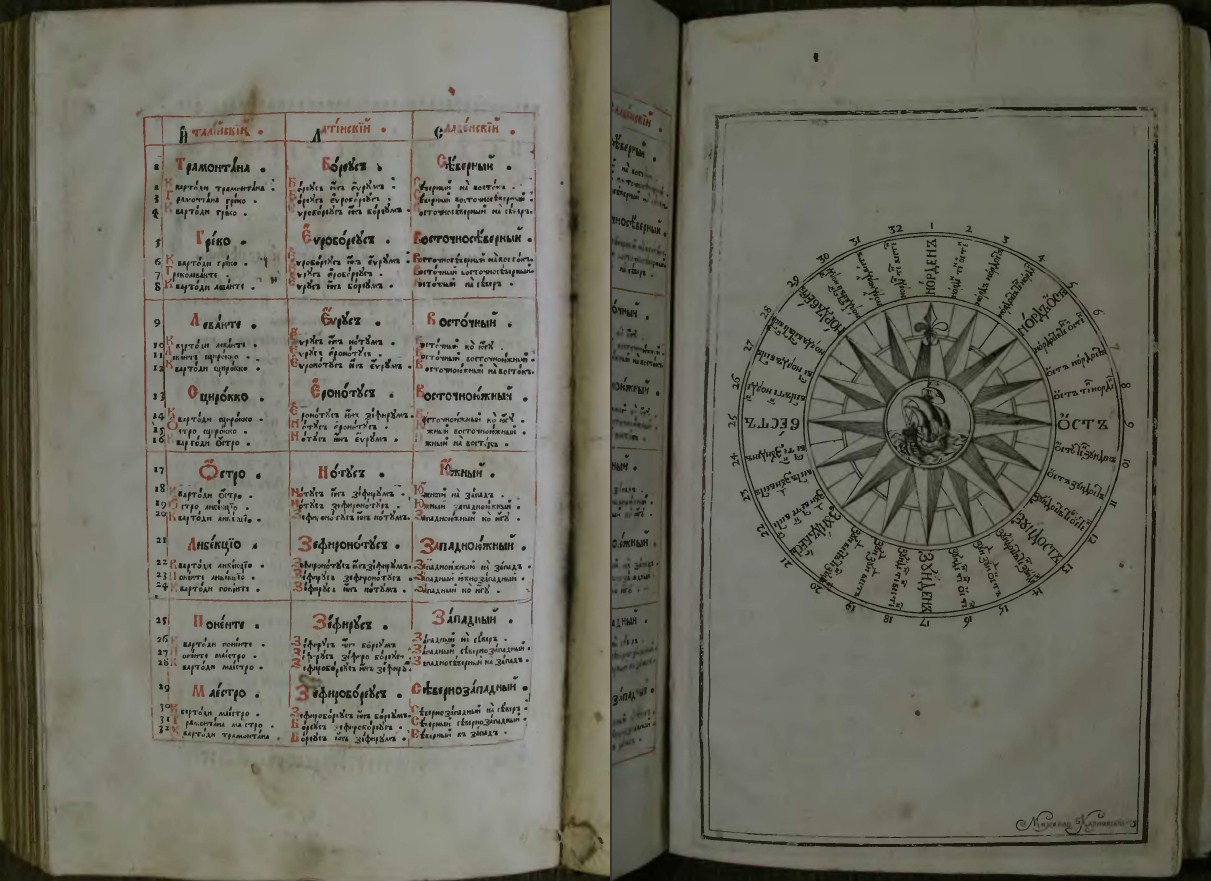 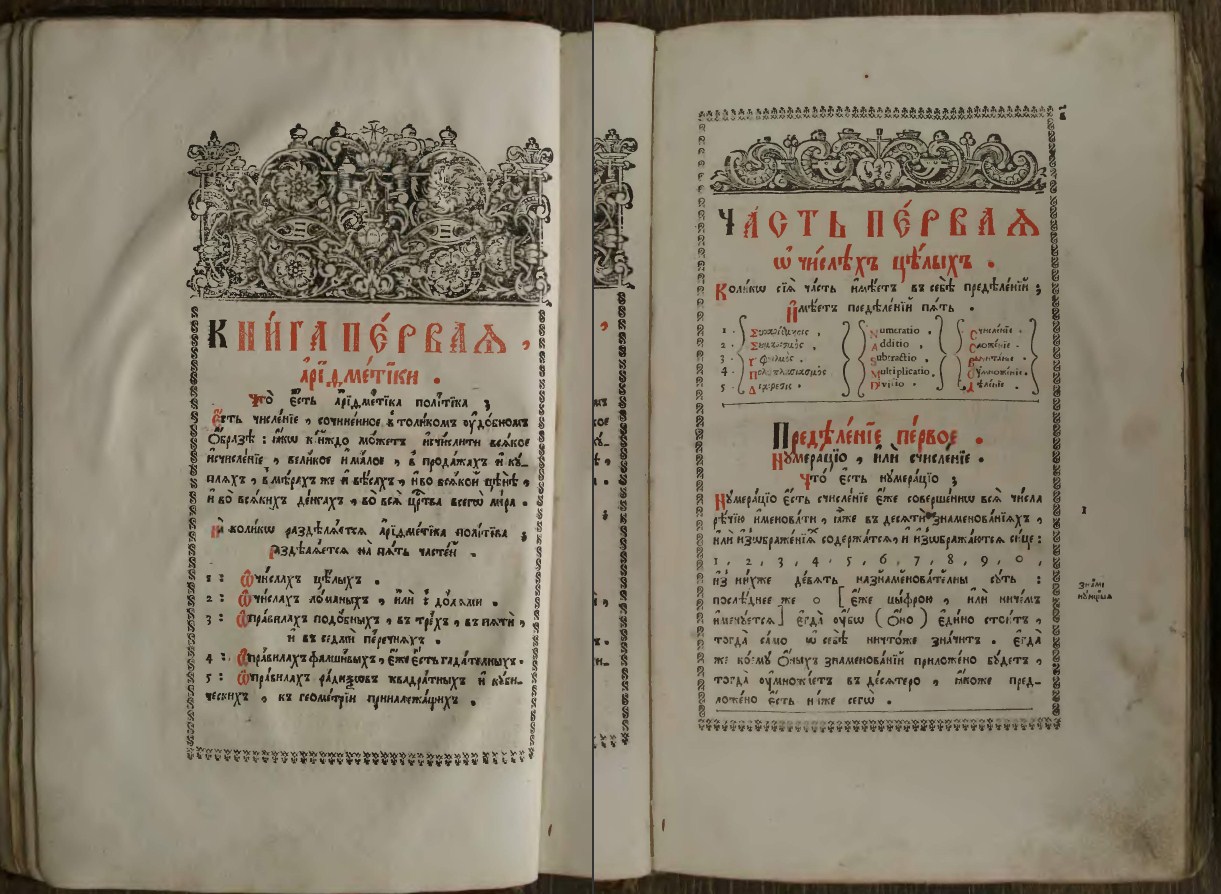 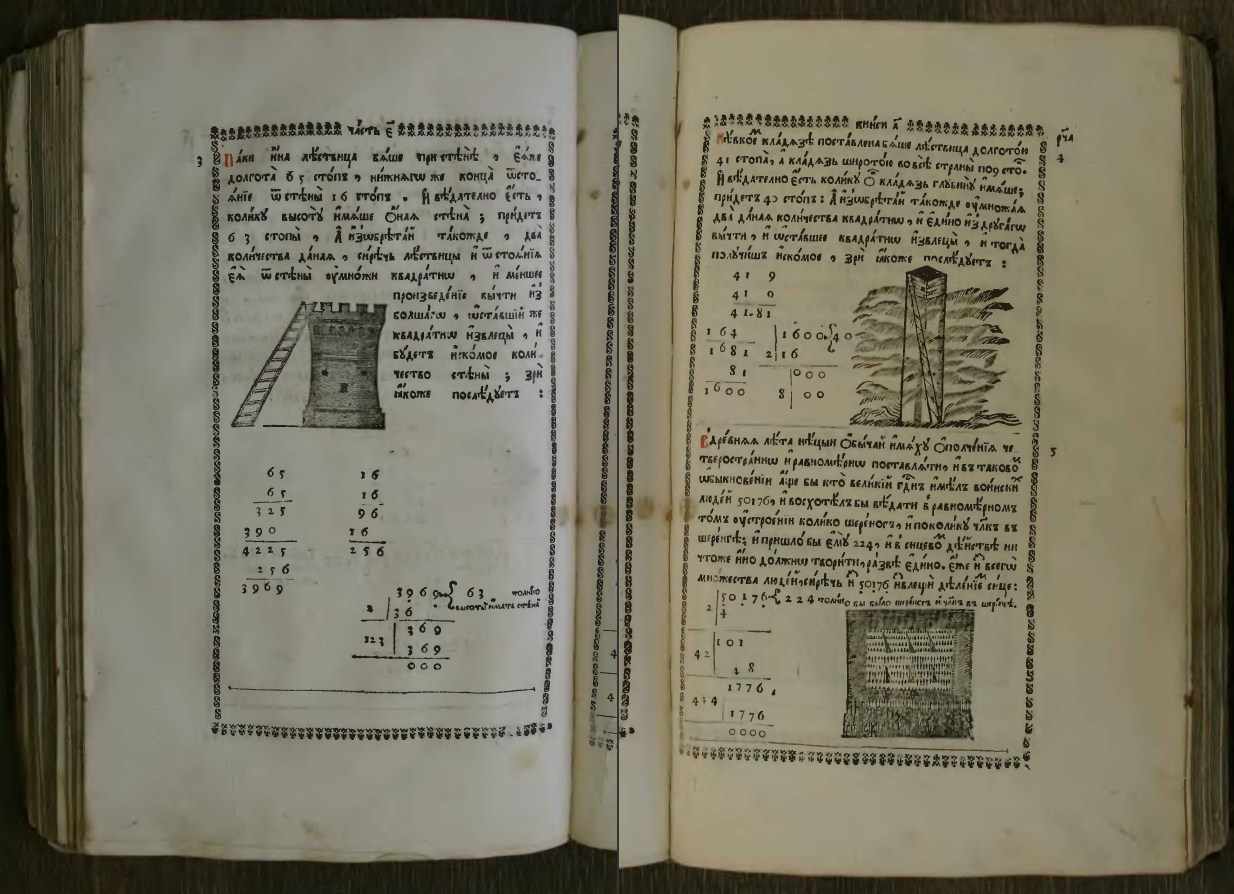 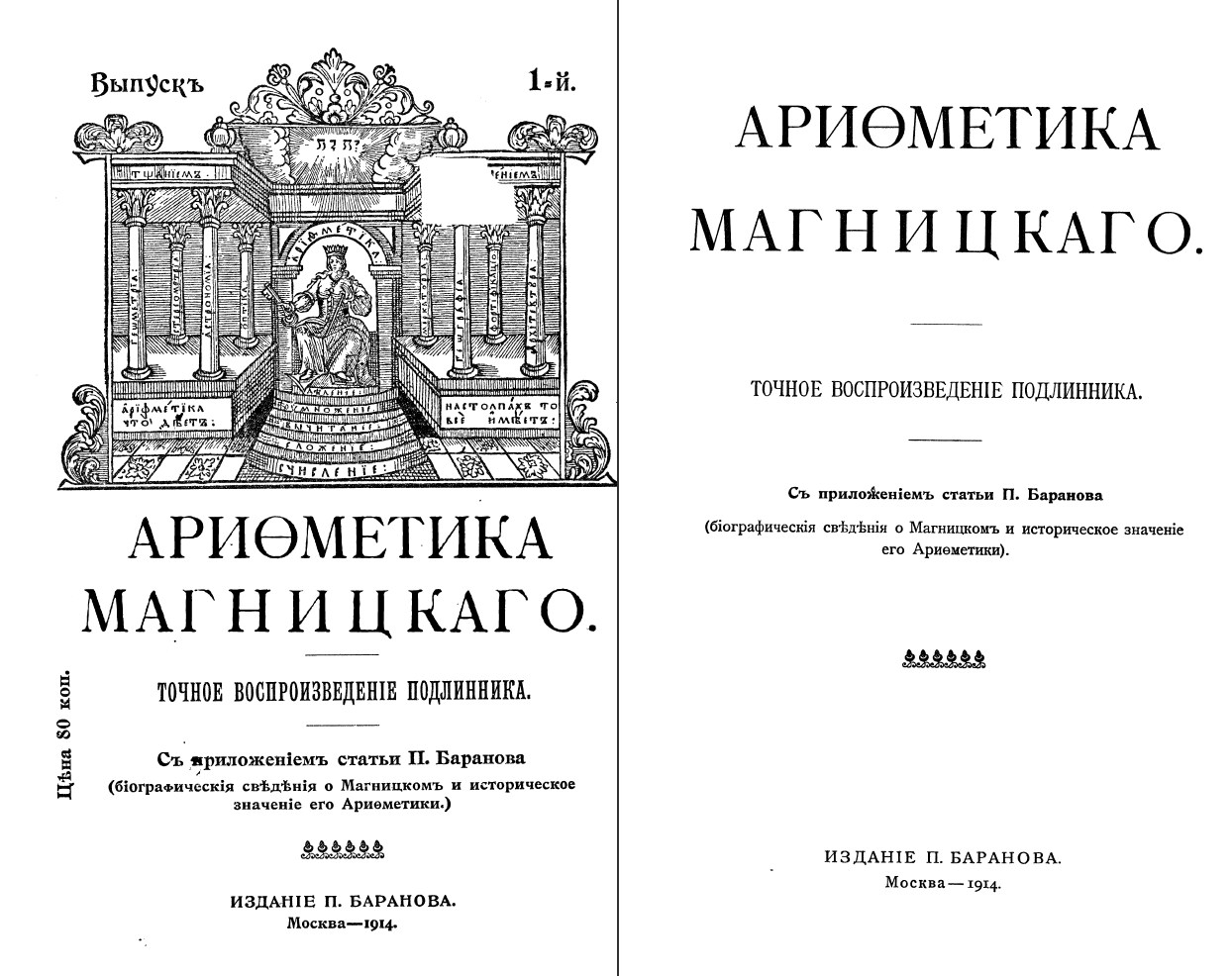 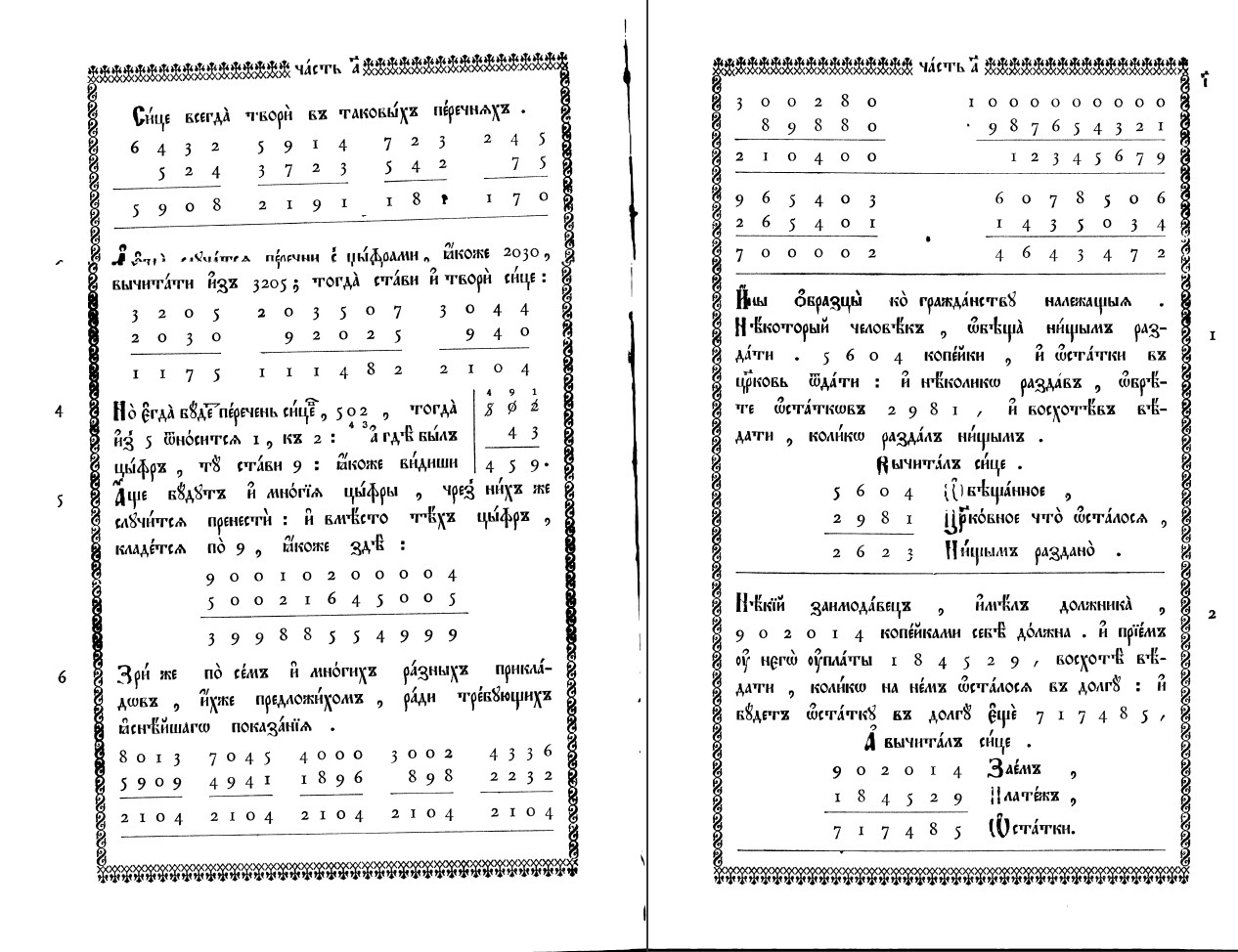 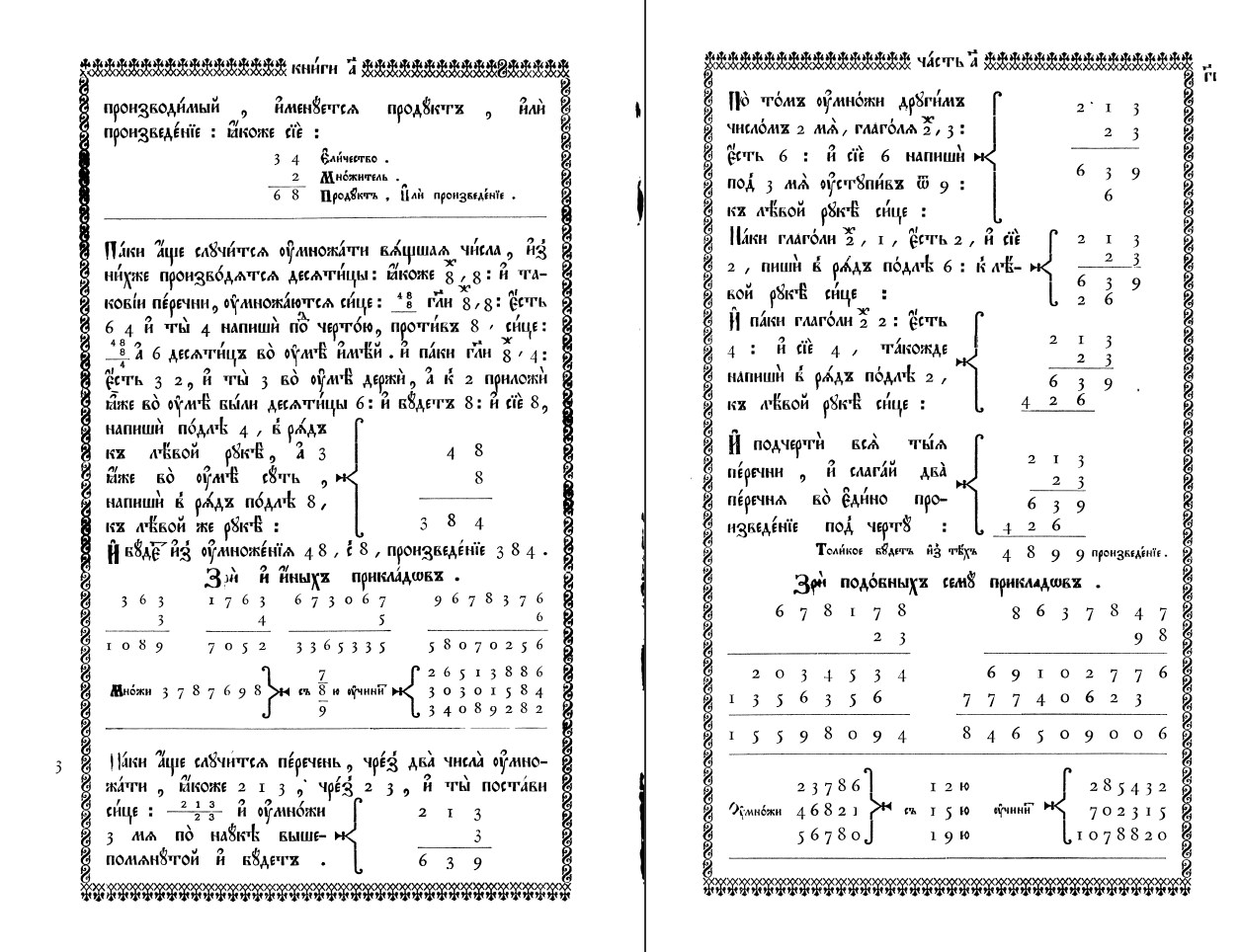 Protohistory information about the seller and his items
onlineAsk a question

In 1703, the famous textbook, "Arithmetic" by Leonty Filippovich Magnitsky was published. It was the first printed Russian textbook published in Moscow, according to which Russian youths studied for two centuries. It was created as a textbook for future officers of the army and navy who studied at the School of Navigation and Mathematical Sciences.
In 1700, Magnitsky met with Tsar Peter I in 1700. Shortly thereafter, he was assigned to the civil service, about which the record was preserved: “February on Day 1 (1701) was taken to the Ostashkovets Leontiy Magnitsky, which was ordered to publish a book of arithmetic through the Slovenian dialect, into the Armory Chamber.”
Tsar Peter was interested not only in a textbook of arithmetic, but in a comprehensive book with an accessible exposition of the main sections of mathematics, oriented towards the needs of maritime and military affairs, therefore Magnitsky was working on a textbook at the Navigatsky school opened in 1701 in Moscow and located in the Sukharev Tower. Here Magnitsky could use the library, manuals and navigation tools, as well as advice and assistance from foreign teachers, including Jacob Bruce, who apparently controlled the writing of Magnitsky’s textbook. "Arithmetic" was published in January 1703, as stated on the title page of the book.
Magnitsky wrote and published his textbook in just two years. At the same time, the book was not just a translation of foreign textbooks — in structure and content it was a completely independent work. It should be noted that even remotely resembling its textbooks in Europe at that time did not exist. Of course, Magnitsky, when writing his book, used European textbooks and labors in mathematics and included some of them in his book, but he set forth the material as he saw fit. At present, researchers have not accurately determined all foreign sources used by Magnitsky in their work. But, for example, it is precisely established that the title engraving expressing the allegory of arithmetic was borrowed by Magnitsky from a book on military arithmetic by the German author Beckler (Bockler G.A. Arithmetica nova militaris. Nurnberg, 1661).
In fact, Magnitsky created not just a textbook of mathematics, but an encyclopedia of mathematical and navigation sciences. Moreover, the book was written in a simple, figurative and understandable language, it was possible to study mathematics on it, with certain initial knowledge, it was possible to do it yourself.
According to the tradition of that time, the author gave the book a long title - “Arithmetic, that is, the numeral science. It was translated from different dialects into the Slavonic language, and it was divided into two books and divided into two books ”, indicating himself as the author -“ Compose this book through the works of Leontius Magnitskago ”. Soon everyone started calling the book short and simple - “Magnitsky´s Mathematics”.
The book Magnitsky contains more than 600 pages of Cyrillic. The book is decorated with engravings, the text is illustrated with drawings and drawings, verse inserts are used. At the bottom of the title page the name of the originator is indicated, and on the back of the title page is encoded with an acrostic of the “Theodore Polikarpov Rules”. It is known that F. P. Polikarpov-Orlov was the manager of the Moscow Printing House.